Published by thefashionetwork on July 11, 2018

E-commerce doesn’t deserve the reputation as a job-killing bogeyman given to it by some in the retail industry. In fact, e-commerce creates new opportunities and careers for American workers almost every day.

Doom and gloom headlines decry e-commerce’s impact on jobs in communities throughout the U.S. as the number of traditional retail jobs shrink. What the media and some economic “experts” are missing, however, is the fact that e-commerce is creating jobs, and, in fact, has created more jobs than it has eliminated. E-commerce staffing agencies can help retail professionals retool and find these exciting new career opportunities.

The growth in e-commerce will only continue to accelerate as a generation of consumers raised on online shopping enters its prime earning years and as improving technology makes online commerce easier and more convenient. Mobile technology is a huge driver in e-commerce’s continued growth, as more and more consumers become enamored with the ease of shopping anywhere from their handheld devices.  Early experiments with drone technology also show promise, as the quick delivery these devices could provide will make fulfillment of orders faster and more convenient for consumers.

The National Retail Federation expects online retail to grow 8 to 12 percent in 2017, as compared to a 2.8 percent growth rate for brick-and-mortar retail sales.

It’s not just sales figures that are taking off in e-commerce. Online buying and selling also fuel growth in the job market. According to Forbes magazine, online retail has created 355,000 new jobs in the past decade, including jobs in warehouses and fulfillment centers. Online retailing has been one of the strongest job-creating segments of the U.S. economy, creating new jobs even in the depths of the Great Recession.

There’s no doubt that e-commerce and other economic factors have affected employment at traditional brick and mortar retail shops. According to Forbes, about 51,000 jobs were lost between 2007 and 2017 in the general retail sector, which includes jobs in physical retail stores. This includes department stores, electronics stores, music stores, bookstores, sporting good stores, and more.

However, when stacked up against the number of jobs created by e-commerce, the numbers show that the employment gains created by online buying and selling far outstrip the jobs eliminated.

Online retail isn’t just creating jobs, it’s also creating higher-paying jobs than its brick-and-mortar cousin. Forbes says that production and non-supervisory workers in e-commerce, including those in warehouses and fulfillment centers, earn an average of about $17.41 per hour. That’s 26 percent more than the average salary of $13.83 per hour for similar positions in general retail.

Jobs in online retail aren’t the same as those in general retail and many require an entirely different skill set from traditional retail jobs. Here are a few examples of jobs available in online retail:

Workers concerned about e-commerce’s impact on the retail industry should focus on two things that can help secure their prospects in the new order: education and networking. By staying abreast of trends in the industry and re-tooling their skills for jobs in the e-commerce world, retail professionals become better prepared to roll with the changes.

Networking also helps, as personal networks are critical to learning about employment opportunities and getting one’s foot in the door with hiring managers. E-commerce staffing agencies can also help qualified workers with the right skills find great jobs in the industry.

Great changes in the economy are always scary, as they disrupt careers and ways of life that may have existed for generations. History has shown us that these disruptions are beneficial in the long run, however, as they create higher standards of living and wider opportunities for men and women.

The e-commerce revolution will be no different. When historians look back upon this era, they will find it very similar to other great disruptions that paved the way for greater economic opportunities, such as industrialization in the 1800s and the rise of the computers in the late 20th century. 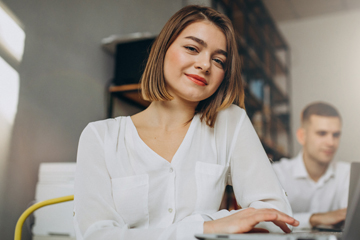 Why choose Fashion Network as your recruiting partner?

The mere difference in choosing any recruiting agency and the fashion network agency as your recruiting partner is the transparency they provide in terms of experience. Also, the expectation level we set up for each Read more… 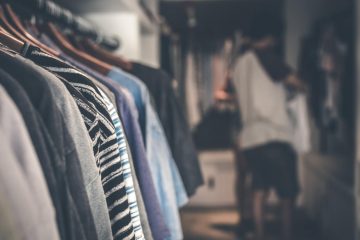 How to Retain Your Retail Employees

Employee retention in the retail sector is a hot issue that many employers have to battle at some point. Finding a new employee is expensive and time-consuming, and no one wants to hire someone to Read more… 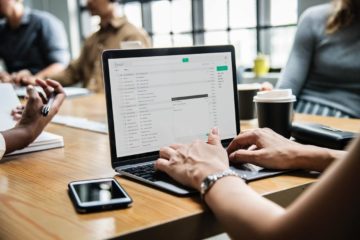 Top 8 Qualities of a Good Employee and Candidate

When it comes to bringing a new employee on board, there is a lot more that needs to be looked at than simply the hard skills that they possess. If you want to bring in Read more…